The purpose of this work is to highlight some aspects of the development of the Katerynoslav Theological Seminary in the context of its achievements and problems in the early 20th century. Research methods: descriptive and retrospective. Their use made it possible to recreate the vast majority of historical plots relaing to the activities of the Katerynoslav Theological Seminary during the specified period. Main results. The historical conditions and features of the activity of the Katerynoslav Seminary at the beginning of the 20th century are analyzed. The role of diocesan bishops and rectors in the development of the educational institution is investigated. It is noted that the seminary achieved significant achievements thanks to the efforts of the first rector, later Katerynoslav Archbishop Agapit (Vishnevsky), in the 20th century. The set of documents used in the work makes it possible to reconstruct the position of the seminary during 1906–1914, during the rectorship of Archpriest Andrei (Odintsov). It is stated that the educational process in the theological seminary at that time was under the control of Katerynoslav Bishop Simeon (Pokrovsky). The main achievements and problems that arose during this period are analyzed. The leadership of the seminary failed to protect the institution from the penetration of revolutionary sentiments that arose in society. The author shows the formation of free thought among students, which led to their violation of discipline and the charter of the seminary. In 1910 the activities of a secret group of 16 seminarians were revealed. Their  purpose was to create a general seminary union and spread national revolutionary ideas. Punishments of violators of discipline and the fight against manifestations of free-thinking did not save the educational institution from further historical realities. It is established that during the rectorship of Joseph Krechetovich (1915–1918) the Seminary had all the opportunities for its further development. Confirmation is the growth in the number of students by 1917 and the high level of its financial support. Thus, the Katerynoslav Theological Seminary for 18 years of its activity in the 20th century passed an active phase from the rise of its development to the closure of the educational institution. The active position of Katerynoslav hierarchs, rectors and teachers contributed to the scientific and educational development of the seminary, which rightly occupied an important place among other theological educational institutions in Ukraine. However, the historical events taking place in this period could not but affect the life of the teaching staff and seminarians. The closure of the seminary was the result of revolutionary transformations in the country. Practical significance. The main provisions of the article can become the basis for further scientific research. They are recommended for those who are interested in this problem. Originality is due to an unbiased approach when considering the used scientific works of researchers and archival sources. Scientific novelty. For the first time, a comprehensive study of the peculiarities of the development of the Katerynoslav Theological Seminary through the prism of the activities of its rectors in the context of historical events of the early 20th century is proposed. Type of article: theoretical.

Sc. D. in History, Professor, Professor of the Department of History of Ukraine, Odessa I. I. Mechnikov National University 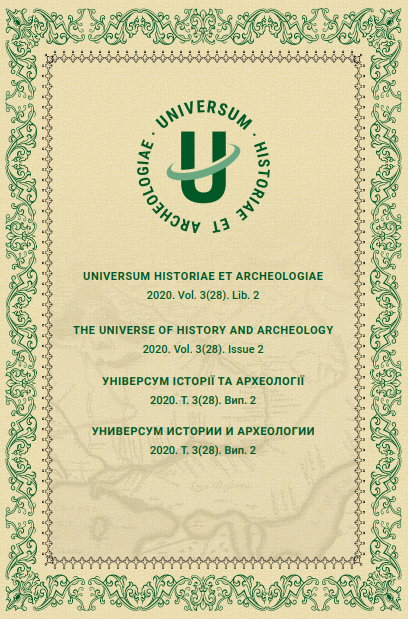