How did Ferdinand I of Saxe-Coburg‑Gotha become Frenchman?

The aim of the article is to reveal the image of the Prince/Tsar Ferdinand in the historiography of the Russian Empire and to identify the factors that influenced the interpretation of the activities of the Bulgarian monarch. Research methodology. The concept of “image”, which is considered as a form of representations of various aspects of life and work of the Bulgarian Prince/King Ferdinand in the works of Russian historians of the late XIX – early XX centuries, was important for achieving the goal set in the work. We can consider individual images created by different researchers as well as general one which was formed under the influence of all the above-mentioned researchers. It should be noted that the representations are subjective and do not correspond to the realities of the domestic and foreign policy of the Bulgarian monarch or partially coincide with them. Main results. The author outlined the circumstances of international situation in Europe and in the Balkans in particular, which in the last quarter of the XIX and in the first twenty years of the last century determined the assessments of the domestic and foreign policy initiatives of the Bulgarian monarch Ferdinand I Coburg made by Russian historians. Other factors that influenced the interpretations of researchers, including their political views and the affiliation to a particular state institution, are also revealed in the work. The author notes the desire of the university professorship to create more neutral images of the Bulgarian prince, in contrast to the scientists involved in political battles in the interests of certain parties. Scientific novelty. The author for the first time described the image of Ferdinand I in the historiography of the Russian Empire, and also clarified the factors that determined the assessments of the Bulgarian prince activities. The type of the article: empirical. 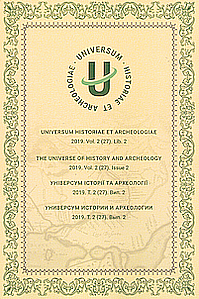