Activities of sports organizations in Podillia in the 1920–1930s

The purpose of the article: to analyze the activities of sports clubs and the development of physical culture movement in Podillia during the period between the two world wars, to trace the evolution of Soviet policy on sports industry in Kamianets-Podilskyi and Podillia, to reveal the participation of athletes from Podillia in all-Ukrainian and regional competitions. Research methods: comparative-historical, problem-historiographic, systemic. Main results: for organization of sports and physical culture movement in the USSR the first sports society “Dynamo” was created. It consisted of police officers, the GPU and administrative bodies. “Dynamo” branches began to operate in Kamianets-Podilskyi, Proskuriv, Volochysk, Sataniv, Stara Ushytsia, and other settlements. In the second half of the 1920s, sports clubs for Soviet employees, food workers, educators, and railway workers were created in Kamianets-Podilskyi. Physical education classes started at city labor schools, technical schools, and institutes under the program of the People’s Commissariat for Education of the Ukrainian SSR. Communist functionaries attached great political importance to sports work, opposing it, in their opinion. For this purpose, the “backward” Ukrainian peasant culture in rural areas began to work district (and later – regional) training courses for instructors of physical culture collectives in collective farms. After the formation of Kamianets-Podilskyi region, regional collective farm sports days began to be held annually. Several stages can be distinguished in the history of physical culture and sports in Podillia during the period under study: the beginning of the 1920s – at this time the local authorities took control of all the sports centers of the region, the activities of non-communist organizations and clubs were prohibited; the second half of the 1920s – the first half of the 1930s. Sports training was considered an important part of preparing young people for military service. “Dynamo” and “Spartak” societies did a lot to popularize sports among the residents of Kamianets-Podilskyi and the entire Podillia. Their athletes were successful in All-Ukrainian competitions. The second half of the 1930s was characterized by the creation of a children’s sports school in the city, the organization of a wide network of clubs and physical education centers in the countryside. Similar tendencies are characteristic of totalitarian societies, which often contrasted sports and spiritual life. Therefore, it is no coincidence that, along with the growth of sports schools, circles, and clubs, churches were closed, and many famous Ukrainian writers, poets, ethnographers, representatives of the humanitarian sphere were repressed. Sports competitions were constantly covered in the media, and famous athletes become idols of young people. They begin to create the image of real representatives of the “working people” from them, those who had to be looked up to. Practical significance: the materials of the article can be used for studying the history of sports life in Ukraine in general and Podillya in particular, for writing monographs, articles, special courses on the history of Soviet everyday life. In addition, the work can be useful for researchers studying the history of certain sports. The originality of the study is due to the unbiased consideration and analysis of the sources used (archival documents, scientific papers and journalism). Type of article: research.

D. Sc. in History, Professor at the Department of Theoretical, Legal and Socio-Humanitarian Subjects, State Agrarian and Engineering University in Podilia

Ph. D. in History, Associate Professor at the Department of Theoretical, Legal and Socio-Humanitarian Subjects, State Agrarian and Engineering University in Podilia 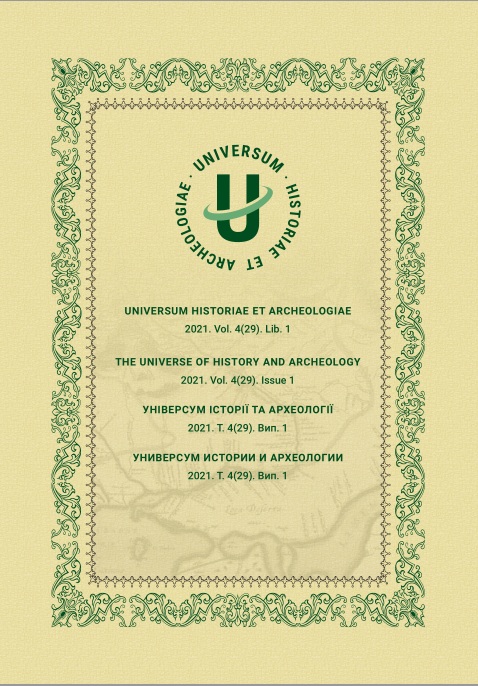